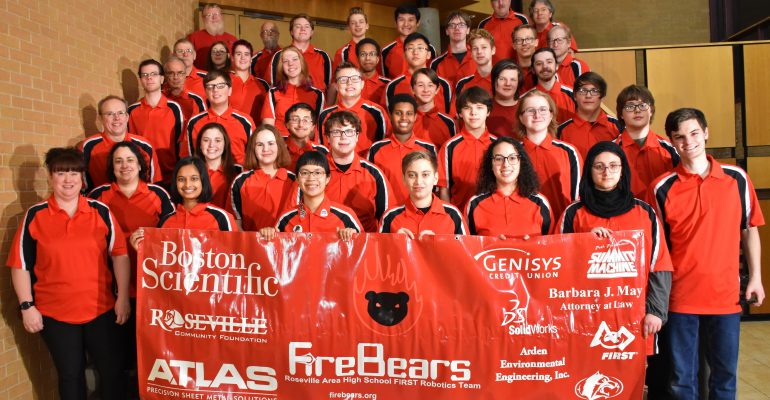 We’re the FireBears, team 2846. A FIRST Robotics Competition team out of Roseville Area High School. We’ve been a team since our debut during the 2008-2009 season.

Looking to help out?

Donations can be made to the RAHS Firebears Boosters, a 501(c)(3) established to support the teams and robotics and stem education in our community.

Thank you for your support.