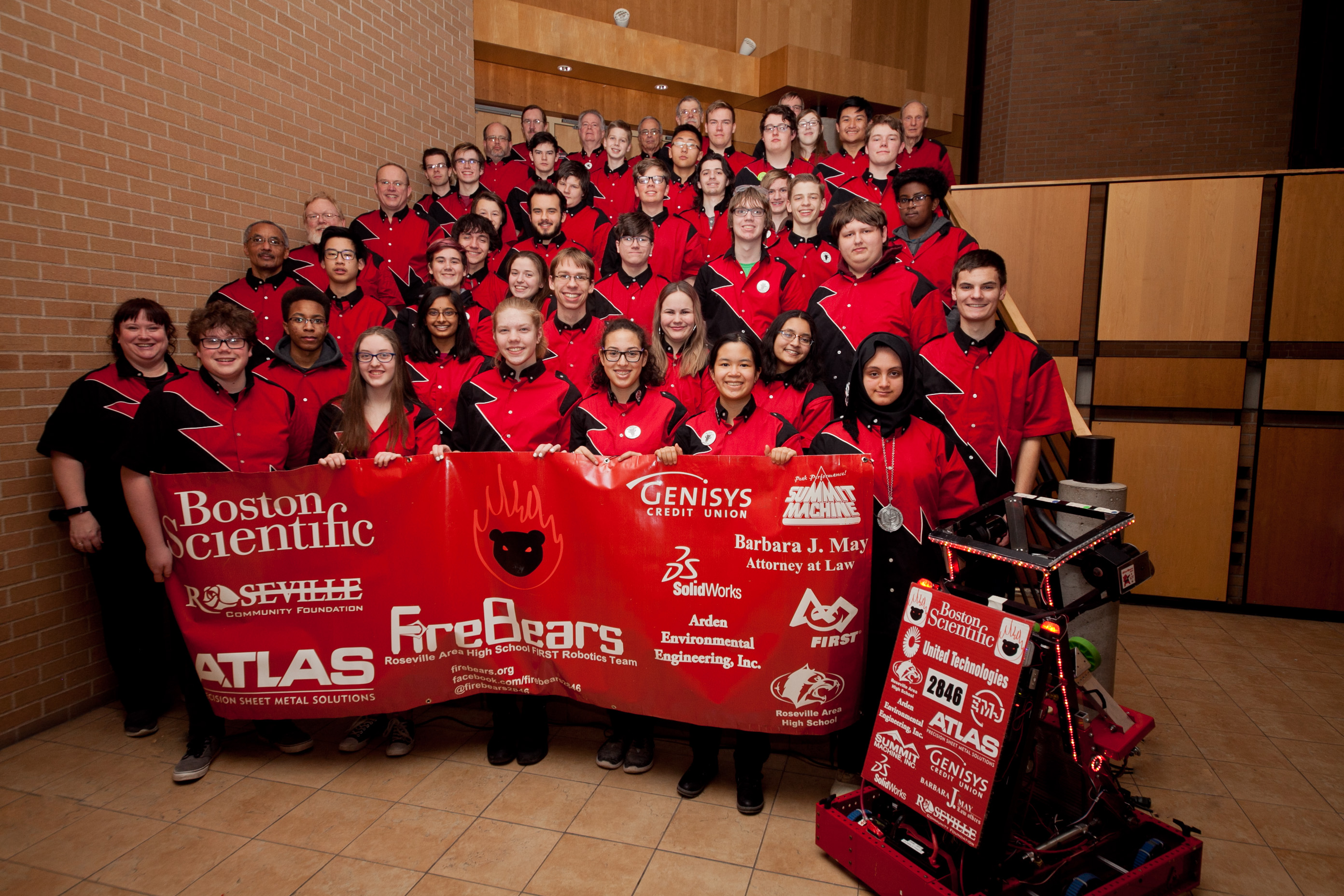 The FireBears aim to reinforce education in STEM (Science, Technology, Engineering, and Math) to create a better future for everyone. Sanctioned by the national FIRST (For Inspiration and Recognition of Science and Technology) organization, we work hard to show the importance of science and engineering through our creation of a robot and outreach to the wider community. Our goal for the future is to create a path for the young in hopes that they will begin to admire our heroes—the scientists, mathematicians, and engineers in our world.

The Roseville FireBears Team #2846 was founded in fall 2008 with 19 students and three mentors. Boston Scientific came forward to serve as the lead sponsor and provide a lead mentor. As the team began showcasing their work, the Roseville Robotics Team soon earned a reputation of success and quality.

If you’re a spectator who likes to watch robots, we participate in the State Fair Exposition in the Education Building, we also host the Minnesota Robotics Invitational, a fall off-season competition in the Roseville Area High School Lower Gym, we also go to the Minne Mini at Prior Lake High School, the Northern Lights Regional in Duluth, the 10,000 Lakes Regional at the University of Minnesota William’s Arena, and this year we will be going to the Gitchi Gummi Get Together in Duluth.

Robots are expensive. In order to continue to do the things that we do, we need donations and sponsorship. If you would like to learn more about sponsoring our robotics team, view the PDF here. Sponsors get their logos on t-shirts, and banners, and help support the next generation of STEM leaders.